Writing performant code is hard. Writing performant ruby code that does lots of stuff is really hard. CocoaPods got to be pretty slow “at scale”, and this is the story of how we made our pod install times bearable again. 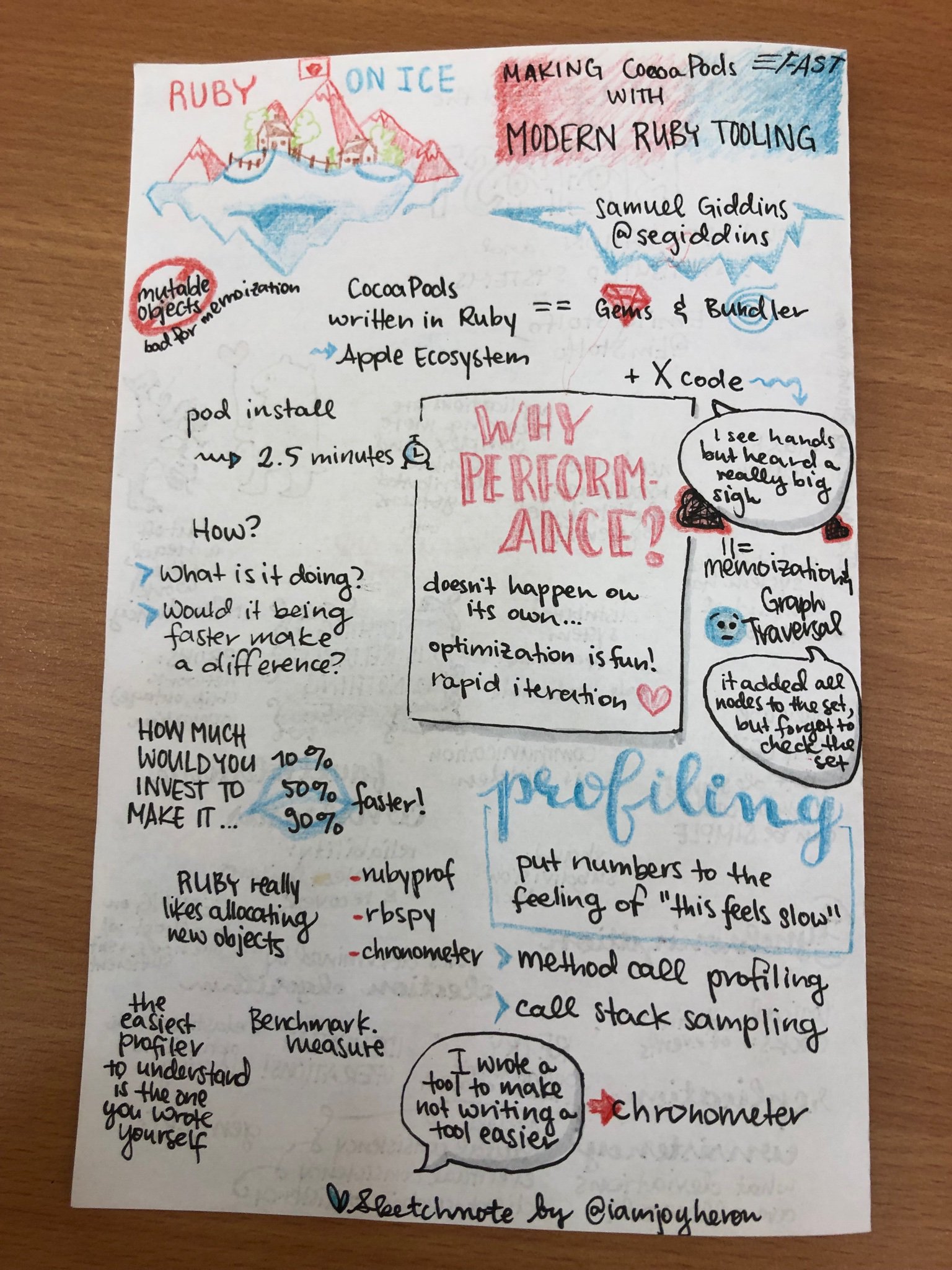 Many thanks to Joy Heron for the sketchnotes!

Samuel Giddins is a developer well-versed in the rituals of writing developer tools that occasionally work. By day, Samuel works on making the mobile developer experience at Square less arduous; by night he can be found breaking Bundler and CocoaPods. Before this whole “developer” thing, Samuel studied in the highly impractical Mathematics & Economics departments at UChicago, learning subjects such as “numbers”, “social theory”, and “memes”. When not coding, Samuel is often in the kitchen, marveling at the fact that dinner smells better than it looks.